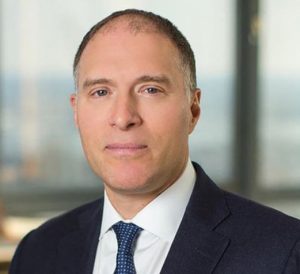 Mr. Barrett is a personal injury attorney and shareholder at Barrett DeAngelo, LLC with a focus on medical malpractice, professional negligence, pharmaceutical drugs and medical devices, products liability, civil rights and a broad spectrum of other civil litigation cases in Pennsylvania, New Jersey, New York and the District of Columbia. A champion of medical malpractice victims, Mr. Barrett is committed to raising the level of care provided by healthcare providers. He has achieved numerous multi-million-dollar verdicts and confidential settlements for clients. Mr. Barrett is considered one of Pennsylvania’s best medical malpractice attorneys. He has been a member of Philadelphia Magazine’s peer-selected, top 5 percent Super Lawyers of Pennsylvania every year since 2005. During the period of 2008-present, the same publications named him one of the 100 best lawyers in both Philadelphia and Pennsylvania. In 2013, Mr. Barrett was selected as one of the Top 100 Litigation Lawyers in America by Best Lawyers, the U.S. Legal profession’s oldest peer-reviewed publication. He has received an AV rating, the highest possible ratings, from Martindale-Hubbell as well as being named one of their Top-Rated Lawyers in Medical Malpractice Law for 2014. He was also selected by Legal Leaders magazine as one of Philadelphia’s Top-Rated Lawyers of 2014. In 2015, the American Society of Legal Advocates selected him as a Top 100 Litigation Lawyer in Pennsylvania. In 2015, the National Associated of Distinguished Counsel selected him as a member of the Nation’s Top One Percent. In 2006, Mr. Barrett received the President’s Award from the Philadelphia Trial Lawyers Association. Mr. Barrett graduated magna cum laude from the University of Pennsylvania and holds a J.D. Law degree from the Villanova University School of Law. Mr. Barrett is a Fellow of the American College of Trial Lawyers, is a Certified Civil Pre-Trial and Trial Advocate of the National Board of Trial Advocates, is a Fellow of the Advisory Board of Litigation Counsel of America and is a Certified Civil Trial Attorney by the Supreme Court of New Jersey. Mr. Barrett regularly lectures lawyers, law students and other professional groups on such topics as personal injury law, handling delayed diagnosis of cancer cases and selecting jury members and expert witnesses. Mr. Barrett’s services to the legal profession include: President, President-Elect, Vice President and Board Member, Philadelphia Trial Lawyers Association; Hearing Committee Chairman, Disciplinary Board of the Supreme Court of Pennsylvania; Board of Governors, Pennsylvania Association for Justice; Co-Chairman, Medico-legal Committee, Philadelphia Bar Association; Chair, Brennan Award Committee, Philadelphia Bar Association; Board of Directors, Philadelphia Bar Foundation; Co-Chairperson, Philadelphia Bar Association State Civil Litigation Section; and Group Captain and Master, Villanova University School of Law Inns of Court. Mr. Barrett is President of the Louis D. Brandeis Law Society Foundation. He is also a member of the Board of Trustees of Har Zion Temple in Penn Valley, Pennsylvania, where he formerly served as legal counsel.

Back to About the Firm

Personalized counsel from people who care.